“It would be very legal for me to continue tomorrow, make it better, make it yours … but the street is the street, and you never know what’s going to happen”

1 – who commands the narration is not the voice: it is the ear.

2 – one should never confuse a city with the discourse that describes it.

3 – As the doubts of the sovereign never cease, for the traveler there is no rest.

4 – Walk for several days between tree and stones. rarely does the gaze focus on a thing, and when it does, it is recognized by the symbol of something else: the footprint in the sand indicates the passage of a tiger; the swamp announces a vein of water; the hibiscus flower, the end of winter. The rest is mute and interchangeable – trees and stones are just what they are. People, however, transform themselves, and from themselves, the world that is made immersed, to exist.

.: life itself is unpredictable, because we are generated (in parts, only in parts) by several things external to our inner world … the street, seems to me to represent this very well, because in it we can perceive places in which we do not have any type of control, which stimulates reflection on the private good, where we can develop our norms and rules, which must be lived and cultivated in this space. One of the main characteristics of what we have as possession, within the aura of good (not always so well) private (ie private, which is not public function, which is reserved for certain people, which concerns particularly the individual.

The street, being a constituent part of what we should consider as a common good, is mediated by collective conduct in the management of the public domain, that is, that refers to the people in general, what should be of interest to all. to the government of a country.the popular notion of citizenship, however, that which belongs to everyone, in the way the world relates, creates a feeling of unity and transient belonging, in this sense, art and the work of re-signification of space public, inserts other perspectives to the private element, which can govern new ways of relating and producing its domain, which is configured by being present in the spaces, contributing to its The use of public space seems to make a provisional concession of the use of the place, since it is untitled, so the means and values that come to govern this place, is how each relates to the same.

That is why the action that you have developed is so precious because it feeds a technology for social development, from a base of empowerment of the people who are there, contributing to a wider dimension of the human, and of what can be made in space, which at every moment of the day exerts its own senses, producing multiple relations with the place and with the people, which is amplified through the feeling and consciousness of those who interpret it, since this observer / intervener can look at the place , as a transit space at a time of day, just as you can look, as a no place at night. But this relationship only gains expression and reflexive success, and at a certain level, practical, when we leave this passive relation of observer that supposes, we enter space trying to understand its dynamics and language, respecting codes already created in space where people transient) are creating their local identity, with their expressions, feelings, delusions and we can and should consider, dreams. Thus, we pass without passing through the present, leaving it as an immemorial past. And in this act of producing memory, of contributing to its affective significance, the essential is produced, after all, everything is precious to the one who has been deprived of everything for a long time.

If the city was dreaming, then she was asleep. And I do not fear cities that sleep sprawled and unconscious around their rivers and estuaries, like cats under the moonlight. Sleeping cities are tamed and harmless creatures. What I fear and desire is that one day the cities will wake up. For it will be the day when they will rise. 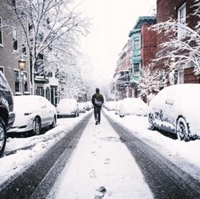 Dennis Beckham is a blogger, entrepreneur and feng shui specialist – helping those in the construction, architecture and home design fields look to the future.